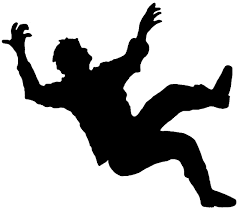 These are the instruction notes from the second in a series of lessons entitled Lessons in Biblical Exegesis.

We begin our second journey into Biblical exegesis by looking at one of Scripture’s oldest and most important stories, the Fall of Man. Peering back into man’s origins is a fertile place to put into practice the exegetical tools we were equipped with in Lesson 1. Along the way, we may find that a proper exegesis opens our eyes to a deeper understanding of this essential narrative.

The early chapters of Genesis express more themes that we can reasonably incorporate into a single lesson. Therefore, we will confine ourselves to investigating a limited number of literary structures. These particular arrangements will factor into our next two studies, and it’s also for that reason that they have been chosen.

In Lesson 1, we identified five “rules of thumb” for interpreting the Scripture. https://fojlv.org/?p=556 To those five, we now add a sixth: identification precedes interpretation. We first identify the literary structure of the passage we wish to interpret before offering an interpretation.

A paradigm is a pattern or model through which we comprehend the world around us. It is a lens through which we see and understand our experiences, what we see, hear, taste and touch. . .even what we read. For example, beginning with the ancient Egyptian astronomer, Ptolemy, the model of the cosmos was that the Earth was at its center and all planetary objects revolved around the Earth. So, when people looked at the night sky, they “read” the movement of the stars according to this model. It was a “given” that the stars were traveling around a stationary Earth. That was the paradigm of cosmic movement until the days of Copernicus and Galileo, many hundreds of years later. As this demonstrates, it is very hard to “break free” of a paradigm and see things differently. Paradigms become deeply embedded in us and can be handed down across multiple generations.

For most Christians, the Fall centers on sin. Man was instructed not to eat from a certain tree (Genesis 2:17), the first humans ate from that tree (Genesis 3:6), committing a sin that brought death into the world (Genesis 3:19). Sin separated disobedient humans from the Holy God Who created them, and as the narrative ends, the first humans are driven out of the Garden of Eden.  That’s the paradigm through which most Christians see and understand the Fall.

In Genesis 4:7, we find the first mention of the word, sin (chattah), after the Fall.  That sin was the murder of one brother by another. The Apostle Paul called the offense of Adam a parabasis, meaning a “trespass.” (Romans 5:14) Most of us, to one extent or another, have committed a trespass. On occasions in which we’ve been prosecuted for this, we did not suffer death. Yet, death not only overcame the first couple, but has swept across multiple generations, consuming all mankind, even to this day. The murder of Abel by Cain, the erasure of one who was the carrier of the divine image, was not the cause of death entering the world, according to the Genesis writer.

Yet, sin remains the paradigm through which people understand the Fall. Could it be that something much more serious–even something calling forth death as a suitable punishment–preceded, or at the very least accompanied, the “trespass?” To explore that possibility, we need to identify key parallelisms within the Genesis text.

The initial account of the creation of humankind is found in Genesis 1:27: “So God created man in his own image, in the image of God he created him; male and female he created them.” This creation is revisited in Genesis 2:7: “Then the LORD God formed man of dust from the ground, and breathed into his nostrils the breath of life; and man became a living being.” One takeaway from this verse is that the Creator, the LORD God (YHVH Elohim) partnered  with His creation, the ground (ha-adamah) in the creation of the first human being.

Question: if we look at text before Genesis 2:7, do we see other instances in which the Creator partnered with His creation in the creation process?

“And God said, ‘Let the earth sprout vegetation, plants yielding seed, and fruit trees bearing fruit in which is their seed, each according to its kind, on the earth.’ And it was so.” (Genesis 1:11)

Question: if we look at the text after Genesis 2:7, do we see instances of the Creator partnering with His creation in creation process?

“And the rib that the LORD God had taken from the man he made into a woman and brought her to the man.” (Genesis 2:22)

“Now Adam knew Eve his wife, and she conceived and bore Cain, saying, ‘I have gotten a man with the help of the LORD.'” (Genesis 4:1)

All of these pairs of corresponding verses above are textual parallelisms.

Question: how would you explain the relationship of verse 2:7 to verse 4:1?

A bit of Hebrew is useful here. In Genesis 2.7, there is a word, et, that does not translate into English. In Hebrew grammar, a noun that falls after the et is considered a direct object. The beginning of Verse 2:7 would read “The LORD God formed et the man. . .” Thus God is the subject and man is the direct object being formed. Consider now verse 4:1. At the end of that verse, Eve states: “I have acquired a man et YHVH. Here, YHVH is the direct object, as if to say that Eve used YHVH to acquire a man, her firstborn, Cain.

Between the two verses of the inclusio, it would be fair to say that something has radically changed in the relationship between God and man, especially with respect to the creation process.

Between 2:7 and 4:1, another parallelism presents itself. In 2:25, we read: “The man and his wife were both naked, and were not ashamed.” The Hebrew for “ashamed” is boosh, meaning “aware.” The man and his wife were not “aware” of their nakedness; they had no self-awareness. Is there a verse that parallels this? Yes, verse 3:7a. “Then the eyes of both of them were opened, and they knew that they were naked.” The first humans became self-aware.[1] This occurred immediately after eating the forbidden fruit. For discussion purposes, we will call everything that transpired before eating the “pre-tree” world and everything after eating the “post-tree” world.

Inside the “pre-tree” world,  there is a naming event. Do you see it?

“Out of the ground the Lord God formed every beast of the field and every bird of the sky, and brought them to the man to see what he would call them; and whatever the man called a living creature, that was its name.” (Genesis 2:19)

Inside the post-tree world, there is also a naming event. Do you see it?

“Now the man called his wife’s name, Eve, because she was the mother of all the living.” (Genesis 3:20)

What, if anything, is the difference between these two naming events?

As previously indicated, in the pre-tree world, Adam had no “self-awareness.” He only had “God-awareness.” So, whatever he called each animal “that was its name.” Those names aligned with the purpose and will of God–that would be unchanging. Adam was not acting independently of God. Adam’s post-tree naming of Eve immediately followed having been told by God: “for you are dust, and to dust you shall return.” (Genesis 3:19) Is this what you’d say or do after hearing those words from the Creator of the Universe? When God spoke to Adam, Adam spoke back, almost as if he was some sort of equal. Two verses after the naming of Eve, God stated: “Behold, the man has become like one of Us, knowing good and evil.” Verses 2:19 and 3:20 form an antithetical parallelism–in 2:19 a human being names the animals according to the purpose for which God created them–“and that was its name.” In 3:20, a human being names another human being, but there is no qualifier, nothing saying “and that was its name.” In addition, God authorized Adam to name the animals, bringing them to him “to see what he would name them.” In verse 3:20, Adam just names Eve without prior authorization–he acts independently. God gave life to the first human: and the LORD “breathed into his nostrils the breath of life.” (Gen. 2:7) That was pre-tree. Now, a human being would be called the “mother of all the living,” post-tree. (Gen. 3:20)

The verse following 3:20 is also very telling: “The LORD God made garments of skin for Adam and his wife, and clothed them.” Is there a prior verse that parallels that? Yes–verse 3:7: “Then the eyes of both of them were opened, and they knew that they were naked; and they sewed fig leaves together and made themselves loin coverings.” It happens that the making of loin coverings was the first and only act of “creating” done by human beings to that point in the narrative. And when Adam named Eve according to a purpose he, a human being, assigned to her–“mother of all the living”–the very next thing God did was to create garments. If Adam and Eve purposed to be creators in their own right, to be the primary agents over reproduction of their kind, and if the one and only thing they created was loin coverings, God was quick to assert His position as Creator of the universe, as the Creator of all, by producing His own coverings for the couple, by reasserting human dependence upon Him. This was not simply “gracious” as is often sermonized; this was a reminder to the couple that God was the ultimate Creator, the sole independent Being in all existence. And just four verses later, the one whose name means “mother of all the living” looked at herself as the primary creator of a human being, one who used God for her purpose. Within our inclusio from verse 2:7 verse 4:1, a shift has occurred from God-centeredness to human-centeredness.

The above-cited parallelisms in the text point us toward a very grave issue: the desire of created beings to be autonomous from the One who created them. The first woman was told by the serpent that eating from the forbidden tree would make her and the man “like God,” a point confirmed by God Himself seventeen verses later. (Genesis 3:5, 22) Eating the forbidden fruit was an expression of this larger issue of autonomy. And, but for eating from the Tree of Life, they would, like God, have lived forever, independent of their Maker. Our Creator never dies, but for a self-aware, self-centered human being who purposed to be the dominant party in the creation of a new life, death was the measured response of a sovereign God who would affirm His place as the sole independent being in all existence.

[1] This is further indicated by the question of God to Adam in v. 11: “Who told you that you were naked?” This would indicate that Adam would not have been previously aware of his nakedness unless God told him.

1 thought on “Rethinking the Paradigm of the Fall”

This Site Is Protected By
ShieldPRO →