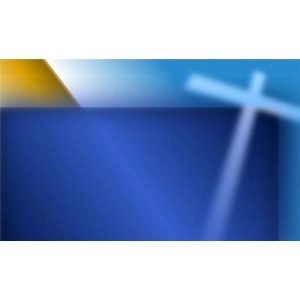 While I was traveling across Europe last Spring, I stumbled upon an article by Ed Stetzer, a well-regarded pastor who holds the Billy Graham Distinguished Chair of Church, Mission and Evangelism at Wheaton College as well as serving as director of the Billy Graham Center for Evangelism. The article was entitled, “Why Do Christians Keep Inviting You to Church?” Pastor Stetzer’s main purpose was to defend the practice:

“On a recent Sunday, I stood up at Moody Church, an evangelical church in Chicago where I am interim pastor, and encouraged people to invite their friends to our Easter services. I reminded the congregation that Christians should be committed to the task of evangelism, that Jesus commanded it.”

A key aspect of his apologetic is that evangelizing is commanded by Jesus. In support of this, he cited three verses from Scripture:  Matthew 28:19,[1] Acts 1:8[2] and John 20:21.[3] Most Christians, including Pastor Stetzer, look at these verses as commands to evangelize, and as such, support  the view that one is encouraged, if not obliged, to invite persons to Sunday, church services. The call to evangelize is very “obvious” to most Christians, so when they look at these verses, they appear to give credence to that view. When I look at the same verses, I don’t necessarily have exactly the same response. Why?

Let’s digress to a theme embedded in Scripture’s description of how mankind came into being. That theme points to a fundamental transformation in the relationship of the creation to its Creator. In Genesis 2:7, we read: “Then the Lord God formed man of dust from the ground, and breathed into his nostrils the breath of life; and man became a living being.” There is a verse that I would like to suggest sits at the end of the initial story of humankind, and which I would further suggest stands in stark contrast to the beginning verse of the story:  “Now the man had relations with his wife Eve, and she conceived and gave birth to Cain, and she said, ‘I have acquired a man with the help of the Lord.'” (Gen. 4:1)

I would suggest that these verses form an antithetical parallelism–in other words, they are opposites in some significant way. How exactly do these verses contrast? In verse 2:7, God created a human being with His creation, namely, the earth. In verse 4:1, a human being created a human being with the LORD. The Hebrew grammar reveals something startling here. The first few words of verse 2:7 reads: Way-yitzer Yehovah Elohim et ha-adam. Take note of the word “et.” It is translated as “with.” In Hebrew grammar, a noun that follows the word et is treated as a direct object. In English, God formed (yitzer) man renders man as the direct object of the subject, God. In verse 4:1, Eve said: “Qaniti ish et Yehovah.” In English, it would read, “I have acquired a man with Yehovah.” Following the Hebrew grammar, Yehovah becomes the direct object in the sense that Eve uses Yehovah to acquire a man. That’s a jaw dropping thought, but that is what the Hebrew appears to say.

Something very significant happened between verse 2:7 and 4:1 to bring us from God as the Creator with the creation in a subordinate role to a human being as the creator with God in the subordinate role. Inside this story, we find another striking parallelism that I suggest provides needed insight. In verse 2:25 we read: “And the man and his wife were both naked and they were not ashamed.” This contrasts with verse 3:7 which takes place after the first humans consumed the fruit of the Tree of the Knowledge of Good and Evil: “Then the eyes of both of them were opened, and they knew that they were naked; and they sewed fig leaves together and made themselves loin coverings.” In verse 2:25, the word translated as “ashamed” is the Hebrew boosh which refers to “awareness.” That they were not ashamed meant that they were not self-aware. This contrasts sharply with verse 3:7 in which “they knew that they were naked.” In other words, they transformed from being unaware of themselves to being fully aware of themselves. Previously, God was the center of their awareness; now they were the center of their awareness. This is what I call a “shift of interest.”

Taken altogether, verses 2:7, 2:25, 3:7 and 4:1 form a literary structure that suggests a shift of man’s attention from God to himself. Inside that is verse 3:6: “When the woman saw that the tree was good for food, and that it was a delight to the eyes, and that the tree was desirable to make one wise, she took from its fruit and ate; and she gave also to her husband with her, and he ate.” The word translated as desirable is chamad, meaning desire. Desire is the driving force by which we shift our awareness from God-awareness–what God wants us to do and understand–to awareness of ourselves–what we want to do and understand. Self-awareness in verse 3:7 preceded self-centeredness into existence in verse 4:1.

You’re probably wondering how in the world Genesis 2:7 to 4:1 has anything to do with Pastor Stetzer’s article. Let me try to explain. In supporting his view about inviting people to church, he cited three different verses, each from a different author. Whenever I hear this technique of supporting a position–quoting single verses from multiple authors–I see a shift of awareness, a shift of interest, from what the authors of Scripture, inspired by God, wanted to say, to what the person quoting those verses wants to say. God-centeredness shifts toward self-centeredness. This happens very frequently from any number of pulpits. I have even done it myself on multiple occasions.

You may ask: what’s wrong with it? On the surface, it seems brilliant that a presenter can know any number of Scripture verses and tie them together to prove a point. But who’s point is being proven? Extracting individual verses from different books written by different authors in search of a common agreement seems good on the surface, but ignores three major items:

1) The context in which each verse is found;

2) The meaning of the words in the language in which they were originally spoken;

3) The literary structure of the passage to which the verse belongs.

It is through context, word meaning and literary structure that we draw out the meaning of the passage of Scripture in which the verse is found. When we ignore these factors, we shift our attention away from the point that the divinely-inspired author of Scripture–in essence, from what God intends for us to understand, and we turn toward the use of a verse to prove our own point. It represents a “shift of interest” from discerning what God wants to say and diverts it to what we want to say. There is a critical difference between extracting the meaning of God-breathed Scripture with the help of a man vis-a-vis proving the point of a human being with the help of God-breathed Scripture. The first is interested in what God says; the second is more interested in what a human being says.

Pastor Stetzer’s main point is that Christians have been commanded to invite people to church. He uses three seemingly-related Scripture verses to support (or prove) his point. Most Christians wouldn’t dream of questioning this since evangelizing is strongly embedded in the Christian experience. It belongs to the paradigm of Christian experience. Though these particular Bible verses are among the most frequently quoted to prove evangelism as commanded and/or authorized by Jesus, there may actually be other passages in Scripture that are more closely aligned with Pastor Stetzer’s position. Question: what was the context in which Matthew 28:19, Acts 1:8 and John 20:21 were written? Was it to invite people to church? What would the word “disciple” have meant in 1st Century Judea? What would being a “witness” have meant to a 1st-Century Jew? What would being “sent” have meant to the persons listening to Jesus? According to Jesus, why was He sent? What did these terms mean to their respective authors? What is the literary structure that envelopes each of those verses? How do those verses figure into the literary structure of the respective passages in which they are found? Were the authors–Matthew, Luke and John–speaking about evangelizing as their central point?

So many questions! When we are immersed within the paradigm of Christian evangelism, we wouldn’t ask, much less even think, of these questions. What I am suggesting is that seeking God and the meaning of His words requires that we step outside the “comfort zone” of our assumptions, committing ourselves to drawing out the meaning of the text. In an article published several months ago, I have already examined the text surrounding Matthew 28:19. For that analysis, please navigate to https://fojlv.org/?paged=5. In subsequent articles, I will look at the literary structures envelopping Acts 1:8 and John 20:21.

[1] “Go therefore and make disciples of all the nations, baptizing them in the name of the Father and the Son and the Holy Spirit.”  (Matt. 28:19)

[2]  “But you will receive power when the Holy Spirit has come upon you; and you shall be My witnesses both in Jerusalem, and in all Judea and Samaria, and even to the remotest part of the earth.” (Acts 1:8)

One thought on “A Shift of Interest”